Round one. I ran my Soldiers of Fortune LARP which was something I was a little concerned about since it’s the first round of the con and people aren’t always in a space to game or to throw themselves into things just yet. I needn’t have worried. My group of players were excellent, hitting all kinds of emotional notes and I think my casting led to a new outcome for the game which is something I had hoped would happen when I was writing the thing. I can’t go into much because spoilers and I intend to publish this game, but suffice to say.. I really was pleased with the game even if I was emotionally wrought after it. A huge thanks to everyone who signed up for this, I hope you enjoyed it. (Not to self, having bubbles in game was good, use better bubble mix next time) 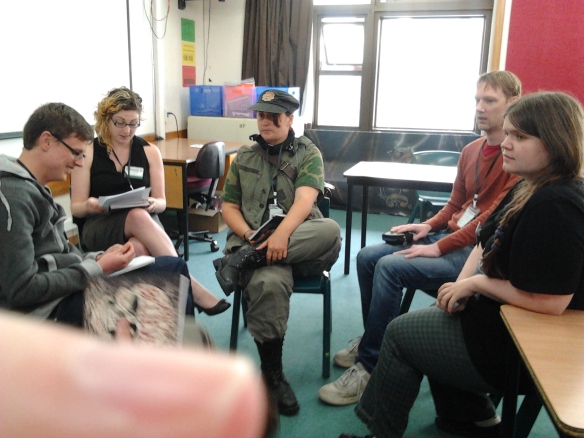 Round two. I went into the Games on Demand room half prepared to run something but it wasn’t needed so I sat on the players side of the room and ended up in a game of the Firefly roleplaying game run by Steve. I wasn’t too fussed on characters, so I waited until most other people had chosen and then picked up Simon (although I was equally tempted by Wash). I had an excellent time being Simon and was super impressed with the performance of the other players – portraying canon characters can be quite scary and tricky but I think we were all super good 🙂

I went into this because Morgue was running it and I love his games. I thought it would be a bit of a laugh. A silly examination of reality tv and the silly people who go on them. With this in mind (and still feeling a bit masculine from playing Simon) I volunteered to be the ‘lovely guy’ who is the bachelor, which left two men and two women to play the ‘girls’ competing to be chosen as the True Love Match.

It ended up being far more intense than any of us had expected. We all dove into the scenes and the mechanics of trying to do better that it become severely emotional and when it came down to me having to choose between the girls it became so intense… I dunno. It’s one of those things where you needed to be there, but suffice to say that we had a 15 minute debrief afterwards and it was severely needed.

Shelter from the storm (the big LARP)

I was really excited to play a cop in this game, it’s not a role or a type of role I’ve ever been given before and I really enjoyed it. Especially playing so closely with Norm (senior officer) and with Tigger (fire chief) and Courtney (little sister). The game was very stressful, first from not having enough information and then from having way too much to do and people questioning me when I knew I was taking the right actions. Stressful in a good way, and I’m very pleased to have won a prize for this role, this game. 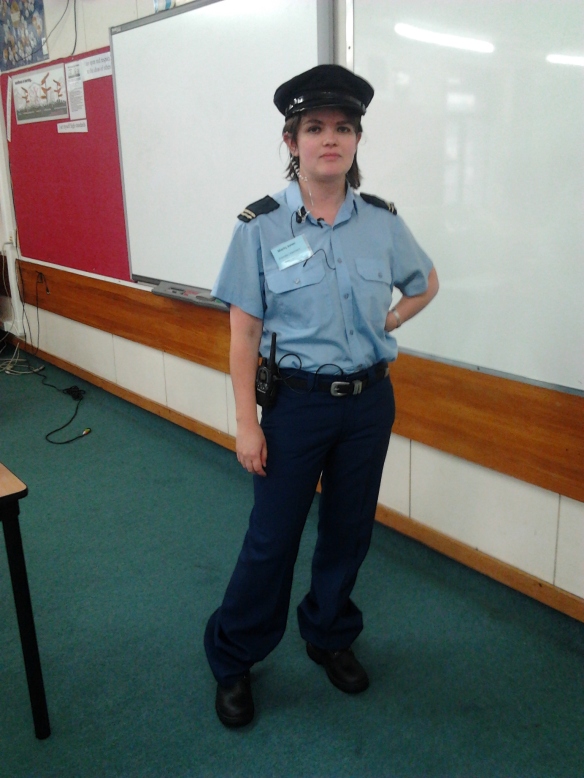 My only frustration was not being able to call people out, or do anything to force them to tell me the truth. It wasn’t the kind of game where I could lapse into police brutality or anything like that.

But it was an excellent game, and that gripe is a small one. A++ would cop again.

This site uses Akismet to reduce spam. Learn how your comment data is processed.